In this day and age, what self respecting reader doesn’t love a bit of Scandi, Swedish & Icelandic Noir? I for one am a huge fan! That being said this was my first read by this author. A friend had recommend the author to me and when I saw this available on netgalley. I requested as quick as a flash.

The Novel opens with an intense prologue, it soon centres around a very dark & Violent crime the torture murder of a young mother. The themes within the novel of adoption & childhood psychological damage, work very well together. It had me constantly trying to figure out where all the characters fit into the story. It did have the feel of a police procedural but with the added intrigue of the children’s house, a supportive environment for children at risk of mental health problems. The characters of Freyja the psychologist, Huldar the cop and Margret the child witness are incredibly well written. Not forgetting creepy Karl who gave me the heebee geebies from the first time he is mentioned. The codes to decipher within the novel was very cleverly done!

Many times this novel had chapters that left you on mini cliff-hangers throughout the story. So it kept you gripped and engaged as it moved around the different characters. The ending was brilliant & the conclusion I didn’t guess. I love how the author even saved a last little bit of eerie for the epilogue. Can’t wait to read the next in the series and loved this 5* read!

The legacy is available for pre-order and is released on 23rd March, treat yourself!

*I received a netgalley Ebook copy in return for an honest review.

Q) The relationship between Meme & penny was so relatable to the reader (definitely of myself and my grandma) was this intentional? And is this a reflection of someone close to you?

A)It wasn’t intentional as I didn’t sit down to write about my grandmother but the relationship between us would have been similar.  My gran, due to her background (had to run away, marry in secret and then suffered great tragedy) was a tough woman.  She expected me to achieve more than I ever thought I was capable of but she was a real rock. She was always there.  When I met my husband, she was the first of the family to welcome him with open arms although he wasn’t at all what an Irish Catholic family would feel comfortable around.  (now I have to remind them they are my family first!)  She died six months after my mother so never got to see me achieve my goal of writing.

Q) How much time is spent researching? And what research have you come across by accident?

A) I spend hours researching but I love it.  Give me anything ww2 related and I will read it. I read Vera’s authorized biography – A life in Secrets (Vera was the woman in SOE who looked after the agents).  I was shocked by how many agents were left behind. She set out to get answers to what happened to them.  I then read every autobiography and biography of the women (girls) who went out, a few from the men who went.  I also watched movies (Odette for example involved real people from SOE). A lot of the women died in the service of their country and were not recognized.  Not because women weren’t up to the job but in later years they tended to be wireless operatives. The life expectancy of a wireless operator at times was circa two weeks in occupied territory.

Q) Penny is loosely based around true stories of some female ww2 SOE agents. Which ones? What about their stories inspired you?

A) Oh where do I start?  The usual ones everyone has heard of like Violet Szabo and Odette Churchill.  Nancy Wake and Virginia Hall. Noor Inayat Khan was incredibly brave and despite being tortured, kept trying to escape and never told the Germans anything.  The Nearne sisters.  There are so many.  One that struck at my heart strings was the story of Sonia Olschanezky. She was Jewish and had been arrested and put into the camp at Drancy to be sent to an extermination camp.  Her mother bribed someone and got her out. She fought for the resistance and kept it up although almost her entire network was betrayed and killed. Her luck eventually ran out and she was killed with Borrell, Leigh and Rowden in Natzweiler.  Initially SOE thought she was Noor Khan but then found out Noor was murdered in Dachau.  She was only twenty and her efforts have largely been ignored. Her name isn’t on the memorial for SOE agents as she was recruited locally.  Only for Vera Atkins, most people would never have known about her.

Q) I found the story very similar to the writing style of Lesley Pearse or Josephine Cox. Was it important to write stories of women for women?

A) Thank you so much for the compliment. I love those two authors particularly Lesley Pearse.

Yes I think so.  War is so often associated with Men. Their role, their suffering, their heroism etc.  But in every war known to man, women have suffered too. They have also been heroes whether it was the woman at home trying to keep her family safe, fed and warm during the bombing raids, or those who risked life and limb to help others.   The role of women is often an afterthought and I believe it should be given more coverage. I love reading stories of men in action (apart from the gory bits) but I equally love reading about real women who faced challenges I will never have to.  Every fictional character is inspired by someone – all people I read about.  There are countless diaries and other records of real people who lived and died during this period.

Q) what drew you to the WW2 era? And have you written in any other era’s?

A) WW2 fiction is what I love to read.  I think I have read most of the books released. I loved Elizabeth Elgin, Annie Groves, Annie Murray etc. I do write in another historical genre but my first love is WW2 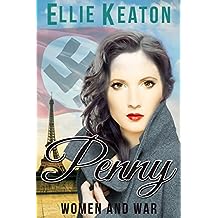