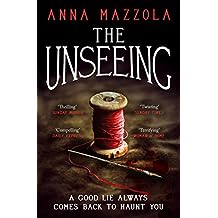 The Unseeing by Anna Mazzola

Set in London in 1837, Anna Mazzola’s THE UNSEEING is the story of Sarah Gale, a seamstress and mother, sentenced to hang for her role in the murder of Hannah Brown on the eve of her wedding. Perfect for any reader of Sarah Waters or Antonia Hodgson.

‘A twisting tale of family secrets and unacknowledged desires. Intricately plotted and extremely convincing in its evocation of the everyday realities of 1830s London, this is a fine first novel’ – The Sunday Times

After Sarah petitions for mercy, Edmund Fleetwood is appointed to investigate and consider whether justice has been done. Idealistic, but struggling with his own demons, Edmund is determined to seek out the truth. Yet Sarah refuses to help him, neither lying nor adding anything to the evidence gathered in court. Edmund knows she’s hiding something, but needs to discover just why she’s maintaining her silence. For how can it be that someone would willingly go to their own death?

I have had this on my wish list for several weeks before publication. Mostly because I am a sucker for a Victorian crime mystery!
This novel however is unique in the fact that the crime has already been to court and suspects found guilty, The novel is not in such a standard way a whodunit? At the beginning of the novel we meet Sarah Gale sentenced to hang for her part in a murder. A murder she by no means committed but never the less will face the noose. We also meet her upper society lawyer Edmunds, sent to complete a report on Sarah’s sentence and possibly appeal for leniency. The book is hugely atmospheric due to the London setting and has a solid basis of research and depth. There are several key themes such as Victorian class structure, the unfair legal system, women’s lack of rights, poverty and inequality. This novel would be perfect for book groups and discussion. The writing at times may appear slow and detailed but ultimately it adds to the build up of the twist at the end. The author is a lawyer by profession and the concept behind the novel is a true crime story, perfectly embellished by the writer.
The two biggest themes within the novel are the process of being guilty by association & women’s oppression in the Victorian era. I think they were executed brilliantly. A very clever 4* read! 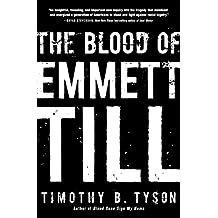 This is an incredible read! I can’t praise it enough.

In 2014, protesters ringed the White House, chanting, “How many black kids will you kill? Michael Brown, Emmett Till!” Why did demonstrators invoke the name of a black boy murdered six decades before?

In 1955, white men in the Mississippi Delta lynched a fourteen-year-old from Chicago named Emmett Till. His murder was part of a wave of white terrorism in the wake of the 1954 Supreme Court decision that declared public school segregation unconstitutional.

The national coalition organized to protest the Till lynching became the foundation of the modern civil rights movement. Only weeks later, Rosa Parks thought about young Emmett as she refused to move to the back of a city bus in Montgomery, Alabama. Five years later, the Emmett Till generation, forever marked by the vicious killing of a boy their own age, launched sit-in campaigns that turned the struggle into a mass movement. “I can hear the blood of Emmett Till as it calls from the ground,” shouted a black preacher in Albany, Georgia.

But what actually happened to Emmett Till—not the icon of injustice but the flesh-and-blood boy? Part detective story, part political history, Timothy Tyson’s The Blood of Emmett Till draws on a wealth of new evidence, including the only interview ever given by Carolyn Bryant, the white woman in whose name Till was killed. Tyson’s gripping narrative upends what we thought we knew about the most notorious racial crime in American history.

This book is a comprehensive look at the racism, hatred and violence that led to Emmett Till’s death and how it contributed to the civil rights movement.
I have long known the violent death that Emmett Till suffered, despite being only born in the 1980’s and British. However I never knew the details and how his death played a part in the greater history of civil rights. This book provides all that, it is well written and backed up with factual references and court testimony. Personally I would like to see this book made available in schools, to educate the next generation on the brutality and violence that comes with racism and hatred.
The book often reflects on the modern day race struggle, that is well documented in media in America. The last chapter and the epilogue being the most poignant. I must admit my concluding thoughts did drift to the more recent murder of Trayvon Martin and how his family were also denied justice. Obvisously there are differences within each case, however the central reasoning for the deaths seemed to be ‘they were black teenagers, who dared to be black teenagers’!
Emmett Till is a name that I sincerely hope never fades from history and most importantly never fades from history in times where racist rhetoric seems to become the ‘norm’. It is important that we are learn from history or we will repeat the same mistakes. Or in this case we learn from the history or continue to make the same mistakes. 5*

Today’s pick is something a little different. In that it doesn’t scream ww2 at you! I decided to pick this as I have a fond love of the authors writing style & the way in which she negotiates historical accuracy with heart warming characters. My favourite novel of the author’s is Remember me. But this is the one most relevant to the theme.

Coronation Day, 1953.
In the Somerset village of Sawbridge, young shopkeeper Molly Heywood slips away from the celebrations to her friend’s cottage and makes a shocking discovery: Cassie is dead and her six-year-old daughter Petal has vanished without a trace.
In her grief, Molly seeks help from her childhood friend George, now the village policeman, but no one can find Petal. The only clue is a letter from London, where Cassie once lived. Despite George’s reluctance and her growing feelings for him, Molly resolves to go to London in the hope of discovering the missing child.
Arriving in the big city, Molly quickly learns it’s a dangerous place for a country girl on her own. But there’s hope too – in the Blitz-ruined East End, she unexpectedly finds friendship with strangers from Cassie’s past and, with handsome, mysterious workman Charley, the possibility of something more.
However, the closer Molly gets to the truth, the more perilous her journey becomes. She has given up everything – her home, happiness and a chance at love – all to find Petal. But is she also risking her life?

As stated above, I chose this as some of the picks in the Violette Szabo theme are incredibly dark. Ultimately I wanted a theme that would appeal to all readers. This novel opens up in 1953 & deals with the repercussions & aftermath of ww2. An era of generational change & particularly for women! I don’t need to fully expand on this novel to review it as the author is well known and the blurb spells out the storyline. So to not risk or leave any spoilers. I will simply say, it is one for the feels & most definitely has you feeling as though you knew the characters! 5*